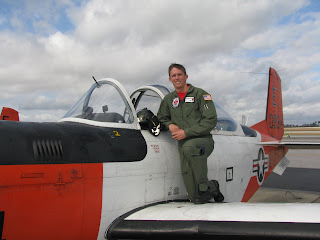 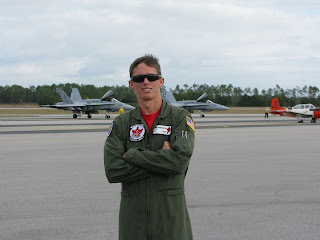 Well, obviously it has been some time since I have posted. Until I flew yesterday it had also been a while since I have flown. I think I flew 5 or 6 times the entire month of December. It is kind of unfortunate because I had been flying on such a regular basis, it was weird to fly once a week. I feel really bad for those who when through the entire contact phase flying once a week. It is really tough to get better at flying. But now, I am through with all my contact flights. The contacts are all the flight leading up to your checkride and the PA's after it. They are called contacts because you need to be in visual contact with the ground. The ground is your primary navigation reference.
Since the weather was bad before the Christmas break I was not able to start formations, aka forms. Also, because of the break, I had not flown in 14 days and yesterday I had to fly a warm up flight. These are usually fun, low pressure flights because they do not count for anything. However, my flight was so-so because I just was not fond of the IP was flying with. He is not bad or anything, I just don't like flying with him. Anyway, I was scheduled to have my first form this morning bright and early at 530. However, last night when I was studying with my form partner, I think I caught the cold his family had and felt terrible this morning. I felt good before the brief, but by the end of the brief, a good 2 hours later, I felt horrible. I did not feel safe to fly, which resulted in us canceling the flight. Oh well, we probably would have been canceled anyway because the weather in Florida sucks. It got up to like 75 today but there is a solid cloud layer at like 2000 ft AGL. I don't understand it. Florida is weird. Anyway, no flying for me until I get better. Hopefully soon, I need to get back in the cockpit.
Chris
Posted by Chris Huddleston at 4:55 PM