Back in the Box

Here we go again and my how have things changed. In the past year's hiatus from expounding my ramblings on the interwebs, my life in little rock is taken on new meaning. I am no longer a new kid in the squadron, have gotten waaay more involved in church outreach, just finished some serious construction on my house, started drinking the coolaid and started a masters, and now I'm back in the desert again. Although, this time it's not nearly as brown, flat, or hot. With OIF/OND complete, we have moved up to OEF.

The life of a C-130 crew dog is taking effect. In the past, C-130’s were the airframe the AF sent on long trips to random countries for a week or two at a time. Now, with the current sustained war, it has become standard for Herc guys to deploy on a yearly basis. I know guys that have more than 6 or 7 deployments. So here goes round two for me, one can help but wonder what it’ll be like in 2014 after OEF ends.

I'm not sure if I ever explained the different ways we go about getting over here, but here it goes in a nutshell. As a good crew dog, I would love to bring a plane over here, also known as taking iron over. The beauty of it, is we stop overnight 3-4 times, and at each stop the goal is to break the plane so we can stay for a few days, also delaying our arrival into the desert. This is how i got to spend time in Canada, England, and Romania last year. On the way home, we took what is called the rotator. It is an airline the government contracts to which you become super low priority to the government. Last year, I had the enjoyment of being awake for about 45 of 55 hours on our way home. Needless to say it was a terrible experience. Lucky for me, I got to experience it again this year on the way out instead of the way home.

This year, after playing the I don't know what day I'm gonna leave game, I ended up flying commercial to New Bern, North Carolina. From New Bern we hopped on the rotator to head out here. Of note, one would expect a tiny coastal town in the south to be full of southerners, I don't think we met a single person actually from North Carolina. Everyone was a transplant, either married to a Marine from the nearby base or retired from New York/New England. It was a cool quaint little town, none the less. After a few delays from bad scheduling, we finally made our way from New Bern, to New Jersey, through Germany, to our destination, Manas International Airport in Kyrgyzstan. Once more from a few maintenance delays, we rode on a C-17 into Afghanistan. My time at Manas was actually quite nice because I was able to catch up with an old pilot training friend. Having Manas as your deployed station would not be rough, the mountain scenery was decent, weather was amazing, and they had beer!

Upon our arrival in the very early hours in morning, I was absolutely amazed at the amazing mountain scenery I get to admire for the next four months when the sun finally rose. This place is literally in a bowl of 15,000 ft peaks. After a full day's exploration and in-processing, I decided this place is waaay different from my other humble "undisclosed location in southwest Asia." It became readily apparent that there is a war going on here with the amount of people, trucks, planes, and infrastructure here. And to think almost none of it was here 11 years ago! Not long after my arrival here, the crew I came over with and myself quickly got to work, absorbing as much info as possible. I was apart of team to help ease the transfer from the national guard to active duty. The guard has been coming here forever and now it's our turn to play in the mountains. Our first week here was insane. Not much sleep was had by anybody and a few of us, myself included all got to experience the standard congestion that most get in their time here. This is one of many nuances i could delve into but I'll save myself the typing and you the reading and keep it to the highlights.

One of my favorite things about this place, along with the absolutely amazing mountain flying, is the mountain outpost type atmosphere that I like to think this place has. At most dinners, when you walk in the chow hall, they have the most eclectic music playing. To me, it feels almost as if it is a mountain lodge at a ski resort, only difference is, we all have guns, not skis. Maybe it's just my imagination. Meal time is usually a highlight for me, as I am currently working at least 12hrs a day, 7 days a week. It sounds worse than it is though. Another favorite of mine is the type of missions we are doing.

Not only are we Afghanistan's Southwest airlines, we also are doing the kind of ops we incessantly train for back home. I probably shouldn't go into detail, but airdrops happen on a regular basis and it's usually in super sweet locations. Good fun, and it feels great to be supporting those guys living out with the locals in canyon or valley next door to nowhere.

Now, I know I said I was going to keep up this blog this time around and I figured out the glitch of why I couldn't last year. So please stay tuned as I plan to update as often as I have the energy to.

Until next time, pray for SURF! 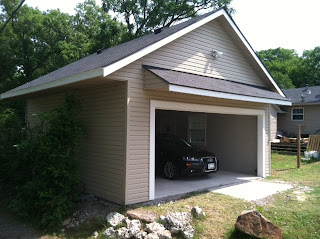 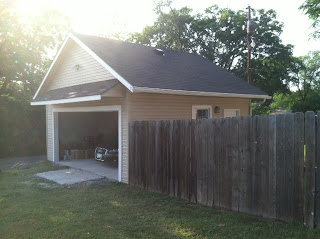 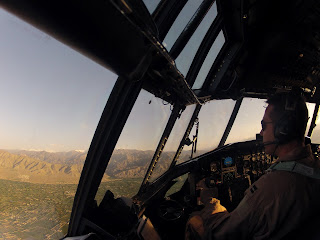 Posted by Chris Huddleston at 11:53 PM

Thanks Chris! You guys are all missed....

"To me, it feels almost as if it is a mountain lodge at a ski resort, only difference is, we all have guns, not skis."